The accelerated depreciation write-off for assets up to $20,000 acquired by small businesses was announced in the May budget. The write off threshold was previously $1,000 and the concession only applies to businesses with an aggregate annual turnover of less than $2 million.

On face value it sounds like a fantastic tax concession but there are a number of conditions you need to satisfy. Firstly, the asset must be used in the business for income-producing purposes. The Tax Office have stated they will monitor usage to detect ‘rorts’ so once you lodge your tax return you might get a ‘please explain’ letter from the ATO asking for more details.

The $20,000 threshold only applies to assets that were first acquired at or after 7:30 pm (AEST) on 12 May 2015 and they were first used (or installed ready for use) on or before 30 June 2017. From 1 July 2017, the threshold will revert back to $1,000. The increased threshold is available to all small businesses (including those who previously opted out of the simplified depreciation rules). Depreciating assets that do not meet these timing requirements would continue to be subject to the $1,000 threshold.

Key features of the Write-Off Rules

The government has warned that the $20,000 accelerated depreciation concession is not intended for assets that are acquired under ‘artificial or contrived arrangements’. The government says the general anti-avoidance provisions in the tax law are intended to capture arrangements where a number of related small business entities sell their assets to one another in order to satisfy the ‘first acquired’ condition and write off the full value of those assets under the increased threshold.

WARNING : While the $20,000 accelerated depreciation incentive sounds attractive to small business owners, spending up to $20,000 on an asset to simply get a tax deduction may not be prudent. As detailed above, there are some specific rules around this concession so we urge you to seek professional advice before committing to a major asset purchase.

Disclaimer: This newsletter contains general information only. Regrettably, no responsibility can be accepted for errors, omissions or possible misleading statements or for any action taken as a result of any material in this guide. It is not designed to be a substitute for professional advice, as such a brief guide cannot hope to cover all circumstances and conditions applying to the law as it relates to these items. 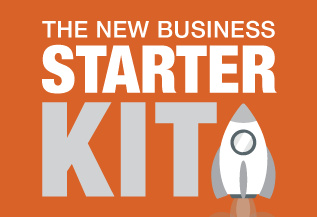